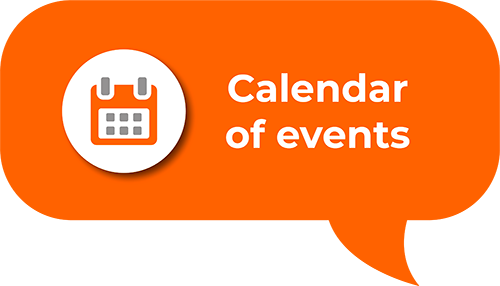 2021 NEW BOARD OF DIRECTORS

501c3 Board of Directors 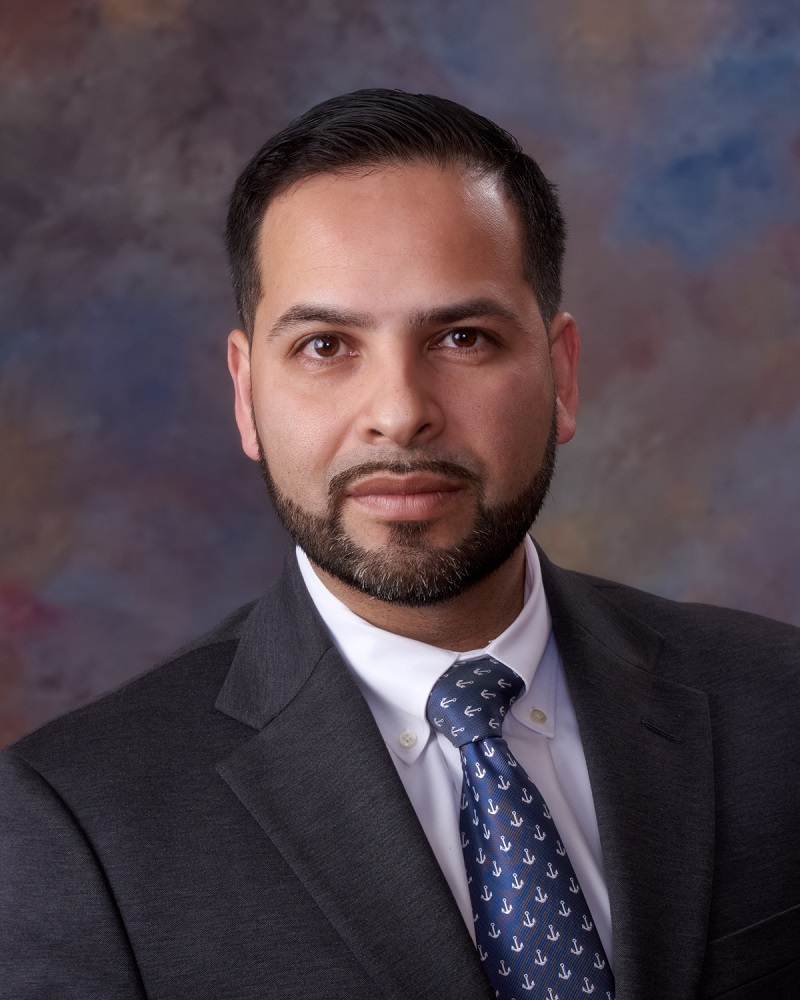 Antonio Molina is an immigrant, born in El Salvador but raised in Miami, Florida. After graduating high school, he enlisted in the United States Navy, where he served as Gas Turbine Mechanical Second-Class Petty Officer for six years. Antonio truly values his military service and credits his success in life to the lessons he learned from his family and service. After leaving the military, Antonio went through a complete career change. He began working in the health care industry, working his way up to eventually becoming the Chief Operating Officer for Consultorio Medico Hispano, a family medical practice geared towards helping the uninsured or underinsured community of Metro Atlanta. Soon after separating from the military, Antonio also went back to school, obtaining his Associates from Georgia Perimeter College, his Bachelor's from Emory University, and his Juris Doctorate from Georgia State University College of Law. Soon after passing the Bar, Antonio began working as a corporate law attorney focused on litigation, transactional law, regulatory, and compliance work.  He is now an Attorney with the community-focused firm of Nguyen & Pham Attorneys At Law, where he practices personal injury, immigration, transactional, and real estate law.

Antonio has always lived his life with an eye towards service; it brought him to enlist in the military and what has driven him ever since. Antonio truly values a life dedicated to working to improve the lives of those in the community. Through the years, Antonio has served in various capacities for numerous non-profit organizations, governmental agencies, school boards and was the Chief of Staff for State Representative Pedro Marin from 2013 to 2019. Antonio is an alum of the New Leaders Council, the GHCC Cultivating Hispanic Leadership Institute, and the Gwinnett 101 Citizens Academy. Additionally, Antonio is the current Chairman of the Georgia Hispanic Chamber of Commerce, serves as a member at large for the Latino Community Fund, the Georgia Independent College Association, and was recently appointed to the Gwinnett Hospital Authority and the Gwinnett Merit Board.

In 2019, Antonio was honored with giving one of the commencement addresses at Georgia State University Perimeter College, where he spoke about the importance of time, serving others, and overcoming obstacles. For all of his contributions, Antonio has been recognized with the GPC Alumnus of the Year Award in 2014 and named as part of the 40 under 40 class for Georgia Trend Magazine, the Atlanta Business Chronicle, and Georgia State University. In 2020, Antonio was recognized by Congressman Hank Johnson with the Community Champion Award.  Most recently, Antonio was named as part of the 2020/2021 Outstanding Atlanta Class and was selected as a nominee for the Real Men Wear Pink campaign by the American Cancer Society.  Antonio is also the founder of the prestigious 50 Most Influential Latinos Awards, which recognizes and brings in all the top Hispanic leaders throughout the state. Last but certainly not least, Antonio is the father to two amazing young girls, Ximena and Maya, whom he loves dearly, and a husband to a fantastic Nurse. While most people do not know where he gets the time to do all these things, Antonio credits his military training, family's support, and most importantly, God's blessing for his success. 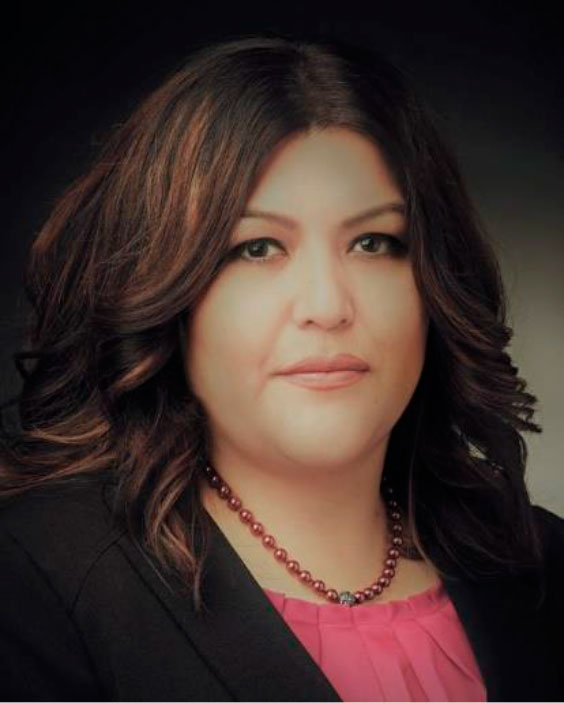 Socorro Rodriguez serves as the Energy Assistance Agency Coordinator for Georgia Power’s Energy Assistance Team. In this role, she is responsible for developing strategic relationships and processes between Georgia Power and local communities throughout the state. In doing so, she aligns the needs of customers with assistance provided by government and charitable organizations.
Socorro joined Georgia Power in 2005, and since then, she has gained experience working in various positions across the state. Before joining Georgia Power, Socorro held a position for a major natural gas marketer in metro Atlanta as a Multi-Family Account Manager.
Socorro earned a B.S. in Business Management from the University of Phoenix. She is a graduate of leadership programs such as the Georgia Academy for Economic Development and GHCC’s Cultivating Hispanic Leadership Institute (CHLI). She currently serves as the Advisor for Georgia Power’s AMIGOS Employee Resource Group and previously served as its President. She is also a current co-chair on CHLI’s Advisory Board.
Socorro has two loving sons (Israel & Jason) and is married to a supportive Lester. 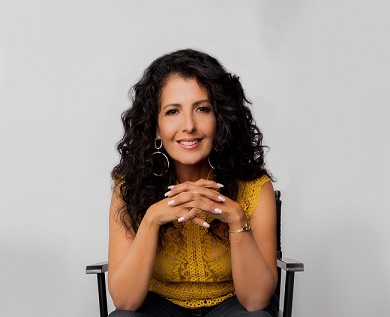 Andrea Rivera is an Emmy® Awarded producer, cross-cultural marketer, entrepreneur, and connector. She is a completely bi-cultural and bilingual Hispanic born in Medellin, Colombia, and raised in Miami, Florida. Andrea connects seamlessly across cultures offering a unique insight into a growing microcosm of Hispanic segmentation in the United States. Throughout her expansive career in marketing, she has helped brands to build creative expressions of their brands and product offering and to grow their presence and influence online and offline.

Andrea the co-founder of MejorJuntas, an organization focused on improving access to health and wellness for Latinas in the United States.  Andrea is dedicated to serving her community and active on several boards and committees including serving as a member of the Executive Board for the Georgia Hispanic Chamber of Commerce, the Executive Director of the Alcanzando Un Sueño Scholarship Program, a board member for Hispanic Organization Promoting Education (H.O.P.E) and co-Chair for the Race Relations Task Force at the GHCC.  Andrea is also the founder and past co-Chair of EME de Mujer, the past Executive Director of the Georgia Hispanic Construction Association. and her previous service includes board positions for ALPFA, the National Black and Latino Council, and the Latin American Association.

In 2019, the SE Television Academy awarded Andrea with an EMMY for Best Commercial for her copywriting and production work in 'No Te Quedes Callado', a 30-second spot highlighting the sacrifices of Latino workers.  In 2015 the GHCC named her company, H3 Media as Business of the Year and in 2014 she was recognized by the Women's Entrepreneurial Project as Rising Star.  Andrea has also been recognized for her business and civic leadership in several publications including Mundo Hispanico, Latina Style Magazine, and most recently featured Voyage Magazine.

If you are an organization, small business, or individual that wants to improve the way you connect with diverse audiences, call me at 404-421-8838, and let's discuss. Of course, you can also connect with me via email at arivera@h3media.net or on LinkedIn.

Through various roles, Mr. Paniagua has been responsible for designing and implementing initiatives to support the Treasury department’s expanding role at Inspire Brands. In his current role, he is responsible for developing and executing the strategic plan for Inspire Brands’ Treasury operations, including managing the company’s working capital; structuring bank and vendor relationships; guiding Inspire Brand’s payment strategy; developing franchisee financing programs; managing the organization’s capital structure; ensuring compliance with the company’s various debt agreements; and serving as the Treasury Department’s Subject Matter Expert on company-wide initiatives.
Prior to this, Jose served as the Director of Treasury at the Wendy’s/Arby’s Group, where he also administered the company’s Smart Safe program. Jose earned a bachelor's degree in Accounting and Finance from Georgia State University and is currently on track to earn an MBA from Emory University’s Goizueta School of Business in May 2019.
In addition, Jose currently serves as the Treasurer for the Georgia Hispanic Chamber of Commerce, where his passion for his profession has successfully united with his desire to contribute to his community. 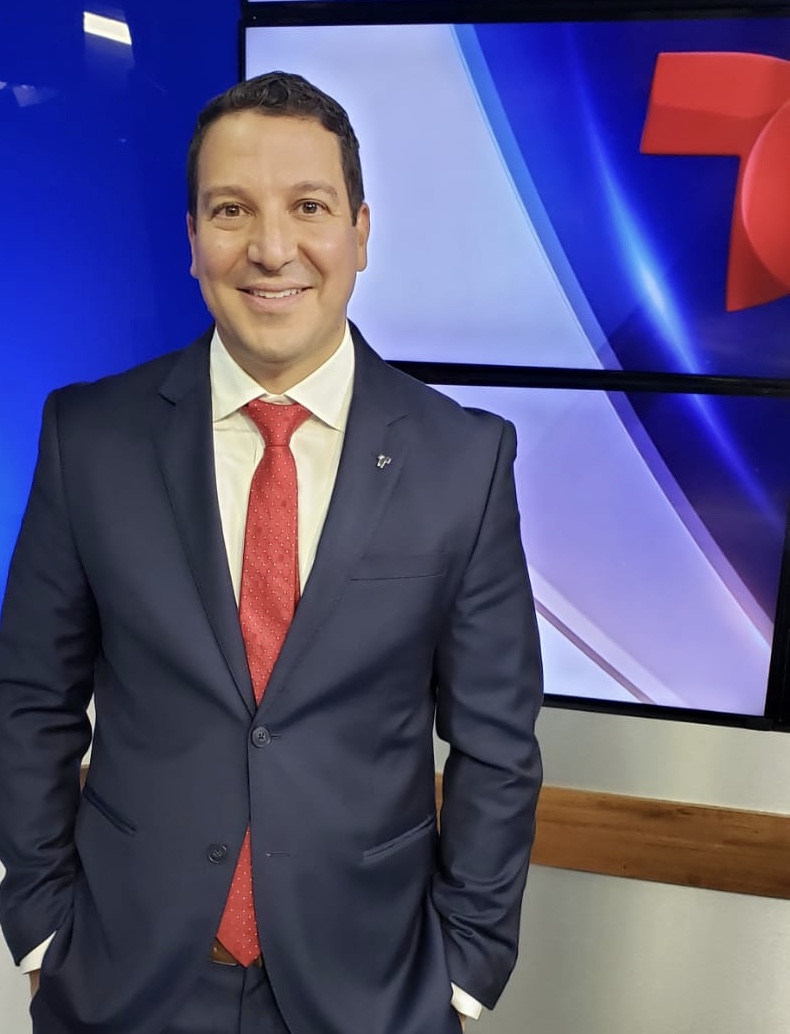 Ivan Shammas is General Manager for Telemundo Atlanta, a premier Spanish-language station providing
award-winning local news and programming to the expansive Latino population in Atlanta. At Telemundo Atlanta, Shammas oversees local and national advertising sales, local programming, local news, marketing and community affairs initiatives. Shammas has worked in Spanish-language media and within the Atlanta Hispanic community for over 20 years. His experience in the Hispanic market and Hispanic media along with his strong relationships has contributed to his professional growth as well as continued involvement in the community through various organizations.

Shammas serves as Chair of the Board of Directors for the Georgia Hispanic Chamber of Commerce, one of the largest Hispanic Chambers in the nation. Shammas is also currently serving on the Board of Directors for the Atlanta Community Food Bank and is on the Development Committee. He also serves as part of Dekalb County Sheriff Melody Maddox’s Use of Force Review Executive Committee tasked with providing recommendations on policy updates.

Hot off the press in January 2021, Shammas was honored for the second year in a row as one of Georgia’s 100 Most Influential People by Georgia Trend Magazine. This distinguished list included the State of Georgia’s strongest advocates and influencers such as the Governor of Georgia, the Mayor of Atlanta, Producer/Director Tyler Perry, Spanx Founder Sarah Blakely and others. Atlanta Magazine just recognized him as one of their 2021 Atlanta 500. He was selected by the NFL (National Football League) and the Hispanic Heritage Foundation to receive the 2019 Atlanta Falcons Hispanic Heritage Leadership Award. He is a 2019 Captain of Industry Award recipient from the Caribbean American Cultural Arts Foundation. Shammas has been honored with the 50 Most Influential Latinos in Georgia Award from the Georgia Hispanic Chamber of Commerce in 2020, 2019 and 2018, and was a recipient of the 2018 Atlanta Business Chronicle’s Diversity & Inclusion Awards. He is a proud graduate of the Georgia Hispanic Chambers 2018 Cultivating Hispanic Leadership Institute through the University of Georgia, as well as a graduate of Leadership Atlanta Class of 2015 and alumni of the GALEO Institute of Leadership. Past recognitions include the 40 Under 40 Awards from both Georgia Trend Magazine and the Atlanta Business Chronicle.

Past Board seats include recently rolling off the Board of Directors for the United Way of Greater Atlanta where he proudly served for 6 years. Prior to that, he served as Chair of the United Way’s Young Professional Leaders Advisory Board which represents over 2000 active UW donors under the age of 40 who are dedicated to connecting next generation philanthropic leaders programs they are passionate about. Also, a former Board Member of GALEO (Georgia Association for Latino Elected Officials), he was Chairman of the Leadership Council for 2 years overseeing 6 outreach committees: Advocacy, Leadership, Georgia Latino Vote, Citizenship, Cesar Chavez Day and the Ambassador program.

Shammas graduated from Georgia State University, where he holds a BA in Journalism with a concentration in Public Relations. Being of Venezuelan decent, he has been able to parlay his passion for the Spanish language and culture to advance his career and community involvement in Atlanta.

Shammas grew up in Atlanta and currently resides in Brookhaven with his wife and 3 children.