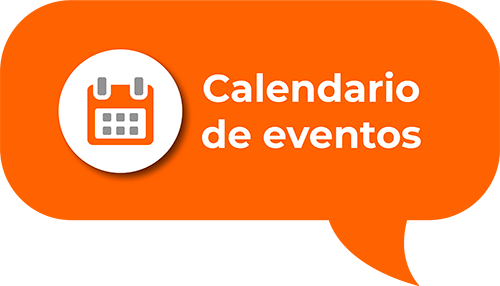 This report contains pieces of legislation that have been pre-filed or started moving through the legislative process.

This past week the House Chamber voted unanimously and passed HB 62 by Representative Sharon Cooper (R-Marrietta). “Known as Margie’s Law”, this bill requires that a health care facility conducting mammograms notify women with dense breast tissue that such tissue may make it difficult to detect cancer through a mammogram.

The Senate Health and Human Services Committee provided a favorable “Do Pass” on SB 16, authored by Sen. Kay Kirkpatrick (R-Marietta). This bill amends Title 43 to enter into an interstate compact known as the “Interstate Medical Licensure Compact Act”. The bill will authorize the Georgia Composite Medical Board to grant expedited licenses to any licensee of other states.

SB 61 by Senator John Albers (R-Roswell), exempts integrated surgery centers from certificate of need requirements. This bill applies to ambulatory surgery centers built and operated in connection with an integrated athletic training and educational facility for youth, amateur, and professional athletes, medical research activities, and physician training and education for sports medicine. This bill was referred to the Senate Regulated Industries Committee.

SB 56, authored by Sen. Chuck Hufstetler (R-Rome), is the “Consumer Coverage and Protection for Out-of-Network Medical Care Act”. The bill would establish standards for carriers and health care providers with regard to payment under a managed care plan in the provision of emergency medical care. The bill also provides for patient or prospective patient and insurer disclosures, including  requirements for managed care plan contracts between carriers and covered persons. This bill was referred to the Senate Insurance and Labor Committee.

Senate Regulated Industries Committee, held a hearing on SB 17, authored by Sen. Steve Gooch (R-Dahlonega) This bill authorizes four rural telephone cooperatives to offer broadband services and increases the population threshold for organizing a co-op from 1,500 members to 15,000 members. No action was taken on the bill, but the Committee is expected to vote on it next week.

HB 102 by Representative Chuck Martin (R-Alpharetta), allows property owned by nonprofit organizations and operated for the primary or incidental purpose of securing income to be exempt from property taxation, so long as the income is used exclusively for the operation of the charitable institution. This bill was referred to the House Ways and Means Committee.

HB 117 by Representative Roger Bruce (D-Atlanta), allows a county to permit an elector to vote in any precinct in the county in which that elector is registered. This bill was referred to the House Governmental Affairs Committee.

SB 49 by Senator Nan Orrock (D-Atlanta), would prohibit employers from using the salary history of an applicant to determine wages, benefits, or other compensation during the initial hiring process. This bill was referred to the Senate Insurance and Labor Committee.

HB 126, authored by Representative Randy Nix (R-LaGrange),  authorizes the Department of Labor to create the “GeorgiaBest” program, a workforce development program to develop employer-identified skills. This bill was referred to the House Industry and Labor Committee.

HB 25 by Representative Dave Belton (R-Buckhead), provides military service members civil relief concerning certain contractual obligations due to circumstances of active duty. Specifically, the bill allows a service member who is deployed for 90 days or longer to terminate contracts for television or internet service or gym membership without penalty. Rep. Mike Wilensky (D-Dunwoody) asked whether the reference to gyms (“health spas”) should be expanded since the definition referenced excludes non-profit, physician-owned, and skilled nursing gym facilities. The Committee adopted an amendment that would remove those exclusions, and the Committee recommended the bill “DO PASS” by Committee Substitute and be sent to the Rules Committee. On legislative day 12 the bill was withdrawn from the General Calendar and recommitted to Judiciary by the Rules Committee.

HB 232 Representative Heath Clark (R-Warner Robins) provides that dependent children of active duty military members shall be classified as in-state for tuition and fees purposes by the University System of Georgia and the Technical College System of Georgia. This bill was referred to the House Judiciary Committee.